Is this going to be the year buyers finally get a little revenge on the decades-long Sellers' Market? What numbers are coming up that show a hint that it's true? Will it affect Silicon Valley Home Owners? Will we see more affordable housing? These States Had the Top Growth for U-Haul Moves in 2022 https://youtu.be/95SkoFI0f6A?sub_confirmation=1
http://blog.abitano.com/2023/01/year-of-buyer-2023.html
https://anchor.fm/siliconvalleyliving/episodes/YEAR-OF-THE-BUYER-2023-e1td6hu
Good morning. It's Thursday, January 12th, at 8:30 AM What a Great Start to the day. I've been up since, ah, God, I don't wanna say 3, 3 30, fell asleep a little bit like five minutes before my alarm went off. And then I hit Smooth. Smooth,, which is something I never do. I just roll out of be, and start going, but boy, I tell you, I'm just dragging my knuckles today.

Listings are getting offers

So quick updates on what's going on in my little world. My listings, I have offers on both of my listings but they're a little bit aggressive, like a lowball, they're almost insulting. I get it. People are saying, Hey we're, in control. Buyers are in control. That's the whole topic of this, video, is that our buyers are really in control.
And the fact is, yeah, you are in control. You have a little bit of leverage unless there are two offers on the table, but also the seller. Regardless, unless it's a bank-owned property, none even that. If it's like they're desperate and they absolutely need to sell, they're not gonna lower the price down to a lowball offer, right?
It's the whole thing. It's I have something you want, and if you want it, you're gonna have to pay for it. What I think is worth not what you think it's worth. But at the end of the day, buyers still do command what the value of a house is, especially in an upward spiral like we've seen over the last couple of decades.

Volume of sales are lower

That said, we've seen the market cool. Last couple of weeks we've seen the market slow down as far as transactions are concerned. Yesterday I did the numbers and we, instead of 19 pending from the week before, which was Christmas. The holiday this the winter holiday. This last week we had 22 pending, which again, it's not super motivating, but again, we're still coming out of it.
The weather was pretty bad. There are a lot of reasons why rates are still up, although rates are actually down compared to what they were over the last three weeks.
Let me show you my numbers real quick so we can have some fun. There you go. So you see, we have, let me get over here so I can highlight it. 22 pending. We are, we're averaging 32 days on market, so sellers are being patient, and we're having fewer homes, cancel out This run right here was the end of the year.
They're like if my house doesn't sell by the end of the year, I'm gonna cancel. That's exactly what people did. And then we had a few houses go back on market and. A third of the houses that are for sale in San Jose have list price decreases, meaning they didn't get any offers on the table.
Might as well drop the price to see if we can find some people. Miraculously yesterday I, had two offers from, for, or an offer on each of my houses or listings that I have. So I'm really happy about that. But the volume of sales is down. See last year we were at 110, so we came out of the gate, like the beginning of the year.
We came out of the gate really SLOW This last week we had 41 closes, so things are getting a little bit better. I think we're gonna see it get a lot stronger in March.

But buyers, I understand the whole idea. Let's list, let's drop a low ball, offer what's going on, and see if they take it. Most buyers and most sellers aren't in a massive hurry to sell, and they're probably less reluctant to sell to somebody.
That's going to be insulting because when you work with somebody like that, you know that there's more trouble behind everything else. I don't know. We'll see what happens over the next couple of weeks. It's the, you're the buyer. 2023. We believe that it's absolutely true. This is the time to buy. 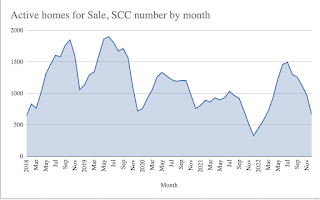 but you have to understand that you can work with certain people. If you find a house that's in a desperate situation or a seller that's in a desperate situation, absolutely this is the time for you to take revenge on decades-long marketing. But I'm not gonna see a massive decrease, like a 20% off market price.
We're just not gonna accept it. We'd rather not sell the house and wait for the market to come back. So I already went through this whole thing. What numbers are coming up that show a hint that it's true? It's true that the market's slow right now, but again, we're in the middle of winter, and then the weather has been crazy, horrible.
But serious buyers are out there. Serious buyers are out there, and also people think that they can take advantage of the market. Will this affect Silicon Valley homeowners? Yes, we've seen the prices contract a little bit, not in Palo Alto or Los Altos or Cupertino, but on the east side of 17, you're gonna see prices contract a little bit, right when you're on the west side.
Cupertino, Sunnyvale, Saratoga Santa Clara, Sunnyvale, Santa Clara, Mountain View. Prices come down just a tad bit or flatten out depending on the area. And I have another thing I'm gonna show you in a second, but yeah, we're gonna see that. This again, I mentioned Ryan Lundquist. I'm gonna keep this quick. He's an appraiser up in Sacramento County and I appreciate the fact that he sends me, and sends these out on, Facebook, and it really helps me explain what's going on with the market. We're seeing this go on, right? And if you look at.
Everything is, this is the winter. This is the summer. The summer, the winter, summer, winter, summer, winter, summer, winter, right? Those are an active number of homes for sale. And then the same thing is for sales, the actual number of sales. And you see it's a leading edge because it takes a few days to sell a house.
This number just plummeted over.  the last couple of months. Now, I don't think it's zero. I think it's down below. But you know when you're looking at 1500 homes in a certain month and all of a sudden you're down to a couple hundred, that's why you're seeing these plummet. This will come back. It always does.

All right, this is last year, 2022 home sold. These right here are San Jose. These right here are all of Santa Clara County. We're gonna go through this real quick. So sold price. The top-selling homes are in Almaden Valley in Willow Glen, followed by Evergreen because you have Silver Creek, then Cambrian, which is right next to Willow Glen, and then Barry Essa, which is, I have a house coming up over there as well on Summerdale, and then Blossom Valley and Santa Teresa mixed in there.

And the reason why I have those highlighted is that I think that if you're a buyer and you're looking for San Jose specifically, blossom Valley and Santa Teresa are really amazing buys. That's where you're gonna get great value for, your home. If you're gonna afford a $2 million house, by all means, but if you're looking for something that's a little bit better and a great little neighborhood, Santa There and Blossom Valley, that's where I live.
I like it. It's a great house, great homes over here. Same thing over here. This is all of Santa Clara County. Let's go drop this thing. If you can afford a four-and-a-half million dollar,, gimme a call. I'm happy to work with you. I'll break out the limousine, the whole nine yards, but Los Alto is Palo Alto, Saratoga, Monte Cino, Cupertino Mountain.

See everything on that side? That houses are still selling very well over the list price and they're taking they're still talking about the same time to sell. Boston Valley, I had homes sold in three or four days at a time. Last year. , oh, the year before. If you're looking outside of San Jose, your best buys are granted if you can afford them, right?
Not everybody can afford it, but this is Silicon Valley, right? Silicon Valley, you make a lot of money, you get a lot of stocks, et cetera. You can afford it, but your best buys are Santa Clara and Campbell. So again, if you're looking at the $2 million range, let's go take a. Those homes will be great values.
And Campbell popped. I think Campbell's gonna pop again once the market comes back. Santa Clara is always a great buy. It's a very well-run and efficient city. It's clean. You don't have the high taxes that you have in San Jose.  and they have their own grid, their own electrical grid, so they can do whatever they want.

All the four offices we have.
Top-notch, right? High volume. And when you work with best-of-breed top-end agents, you tend to raise your level of service, and that's why I joined because I want to make sure my clients understand that I want to be there for them and give them top-notch level service. It doesn't matter where you go.
Cupertino, Willow, Glen Morgan Hill Compass Agents. Or, top-notch. Anything that's offered by, Compass is gonna be a great listing. Not saying anything disparaging about Coldwell Banker, Century 21, or Remax, they're all amazing. I worked for Coldwell Banker for about six months and I felt that everybody there was amazingly professional, top-notch, and very well-trained.
right? So not have anything against them, but when you're at that competitive level, a couple percent more. That's why I went to Compass. And let's just prove it, right? We have more sales, more volume, more sales numbers, et cetera. You name it. We, I think topped out with 674. Total eight. I think this is San Jose, and then this is Willow Glen.
Yeah, so there you go. Okay. Enough bragging about the company that I chose to work for. That's it. All right. 12 minutes. I'm out. Have a great weekend. I may or may not be on Friday, but if you have any questions or you want to ask about where you think the market's going or you want to talk about it, by all means, let me know. 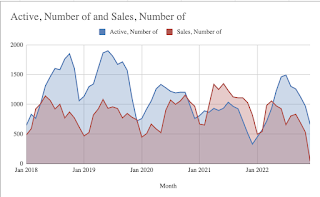 If you are moving ANYWHERE in the world - Let me know! I know a LOT of AMAZING Agents!

VydeoEase.com- Post-production service for business marketers. $5 trial- Use Vito50 when you sign up…

Bay Area TRENDS - Where is everyone moving | Average Cost of bay area counties.